Stephen Mackey, better known to tens of thousands of students and educators as Coach Mackey, is a player development coach based in Texas.

In January 2017, Mackey asked the question: “What would it take to help one million athletes and coaches connect the dots between sports and life?” The answer to that question became 2Words Character Development. Built on the Six Pillars—Tough people win, integrity over everything, growth follows belief, excellence everywhere, relentless effort, and service before self— 2Words has become one of the top leadership and character curriculums in the country; and in 2021, became the official character development curriculum of the Texas High School Coaches Association.

As a keynote speaker, Mackey has an uncanny ability to connect with audiences of all backgrounds through humor, timeless wisdom, and an infectious energy. Drawing upon the lessons learned as a coach and entrepreneur, the people he meets, and the teams he serves, Mackey helps businesses build better teams; school districts serve their students; and, teams and organizations across disciplines reach their goals, and impact their community.

Mackey is a first-generation college graduate with a B.S. from Texas A&M University and a Master of Divinity from Fuller Theological Seminary. Mackey is currently working on a Doctorate of Ministry, also at Fuller. Among his many accomplishments, Mackey is most proud of his role as a devoted husband to his wife, Teressa, and father to their four kids. 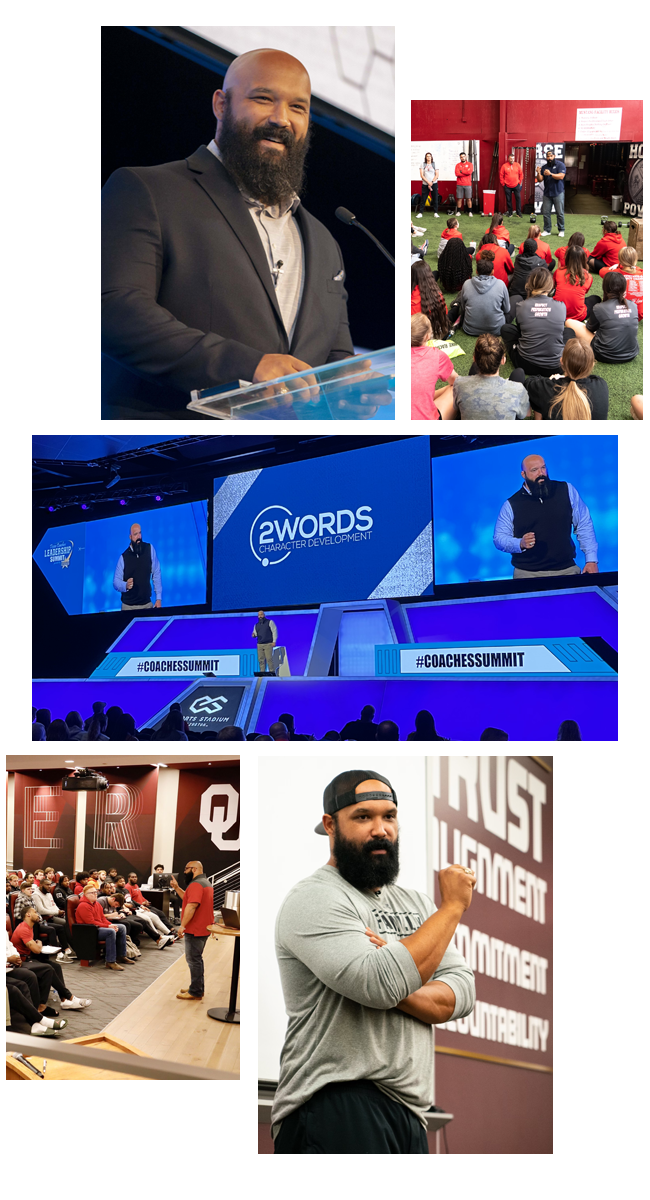